Families today are starved for time, starved for money and starved for well-balanced meals, and USDA projections hold another piece of bad news: food prices are likely to increase 2.5 to 3.5 percent this year.

The good news is there is one powerful five-letter word that will save you money on your food budget, allow you to eat healthier and cook less: beans.

Beans and legumes are a powerhouse of nutrition, heart healthy and very economical. There are endless varieties of beans and legumes and just as many ways to cook them. They can be served as a main dish, a salad and as a dessert. (See below recipes.)

Besides being a great source of protein, beans are naturally low in fat, high in fiber, and rich in vitamins and minerals.

To save money at the grocery store, try eating beans and legumes once or twice a week. Cook your own beans instead of using canned and save even more. If you cook up a big batch, freeze some for use in future recipes. Delicious bean recipes can contain as little as four ingredients.

Add all ingredients and heat and serve. For added flavor you can add chopped onions and peppers.

Heat salsa and beans in a pan over medium heat until it comes to a boil. Crack an egg in a bowl and add one at a time. Cover and cook until eggs are firm -- about 6 minutes.

Uncover and sprinkle with cheese. Cover until the cheese melts. Serve with rice and tortillas.

Add to a pot, cover with water and cook until lentils are done. Remove the cooked turkey leg from the pot and remove the meat. Chop the meat in bite size pieces and add back to the pot. Season to taste with salt and pepper before serving. This recipe can be cooked in a crock pot. 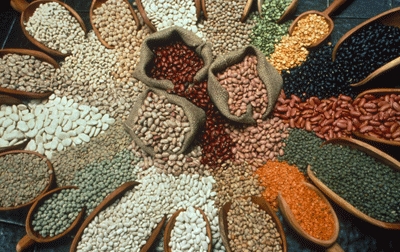 Beans are an inexpensive form of protein.

California olive oil may cost a little more than the mass-produced imports commonly found at the supermarket, but UC farm advisor Paul Vossen said it is well worth the money.

“Good olive oil imparts delicious, subtle flavors to foods, its antioxidants can neutralize free radicals in the body and it is ‘greener’ than other vegetable oils because it requires no heat or chemical extraction," says Vossen, who has traveled the world to study olive oil production.

Most of the imported oils found at the store, he says, have been sitting too long, are rancid or fermented. Even the assertion on a bottle of olive oil that it is “extra virgin” means very little. There is no U.S. law that enforces an “extra virgin” standard. Almost all California olive oil, however, is fresher and better-tasting and the number of farmers producing the local oil is increasing.

A recent UC Davis survey determined that 12,127 acres of super-high-density olive trees were planted in California as of the end of 2008, with 78 percent of the acreage planted between 2005 and 2008.

"The super-high-density olive sector has achieved impressive growth in just a decade," said Dan Flynn, executive director of the UC Davis Olive Center. "This survey, the first conducted exclusively of this sector of the state's olive industry, highlights grower practices and suggests areas in which the University of California might be able to provide assistance."

In addition, consumer education is important to raise awareness about the superiority of California olive oil. Vossen believes the key to boosting sales of the local product is to get people to taste it. “They need to know how fantastic it really is,” he said.

In the video below, Vossen conducts an olive oil tasting session:

A report released by the Centers for Disease Control in September 2009 confirms what most moms already know - high school students don't eat anywhere close to enough fruit and vegetables. According to the report, only a third get two servings of fruit a day, and only 13 percent say they get three servings of vegetables.

Adults don't have much higher marks. The CDC said only 33 percent of adults get two servings of fruit, and 27 percent three servings of vegetables.

Compare that to the recommendation in the federal dietary guidelines presented on the My Pyramid Web site. The guidelines say, for ideal health, Americans should be eating 9 to 13 servings of fruits and vegetables every day.

Here's a popular recipe shared by the UC program which takes only 15 minutes of prep and 20 minutes to cook. It makes use of a variety of winter vegetables available fresh in supermarkets this time of year. 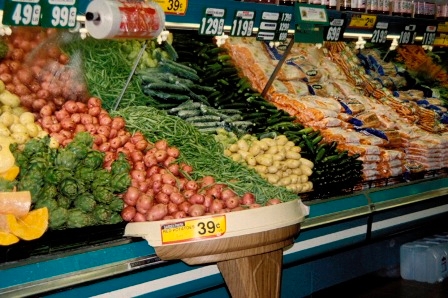 There is no evidence to support the claim that farm subsidies -- by making fattening foods relatively cheap and abundant -- contribute to obesity in the United States, according to an analysis led by UC Davis researchers.

"U.S. farm subsidies have many critics. A variety of arguments and evidence can be presented to show that the programs are ineffective, wasteful or unfair," said Julian Alston, a professor of agricultural economics at UC Davis. "Eliminating farm subsidies could solve some of these problems -- but would not even make a dent in America's obesity problem."

According to Alston and his colleagues, farm subsidies have had only very modest, mixed effects on the total availability and prices of farm commodities, and cannot have contributed significantly to the obesity epidemic. In fact, the researchers have shown that the subsidies actually increase consumer prices and discourage consumption of one of the biggest suspects: sugar.

Alston and a team of other UC Davis agricultural economists studied the question with researchers in the UC Davis Department of Nutrition and the Iowa State University Department of Economics.

Their conclusions appeared in the December 2007 issue of "Agricultural and Resource Economics Update," published by the University of California's Giannini Foundation of Agricultural Economics. UC researchers studied farm-to-hospital initiatives in the Bay Area, and they found a growing movement to put locally produced food on patient trays and cafeteria menus. They say that buying from local farmers and ranchers is part of a trend toward better quality and flavor in hospital meals, both to satisfy consumer demand and to address concerns about dietary contributions to chronic disease.

"Just replacing food-service cans with locally grown vegetables won't curb high rates of obesity and heart disease, but it may encourage patients and cafe customers to increase their daily intake of vegetables," said study co-author Gail Feenstra. "And if there's one piece of firm advice from nutritionists, it's to eat more fruits and vegetables."

One example of a "farm-to-hospital" initiative is the John Muir Health System facilities in the East Bay, where executive chef Alison Negrin (formerly chef at some of the Bay Area's best known restaurants, including Chez Panisse) has replaced all frozen vegetables with fresh produce, most of which is grown within 150 miles of the hospital.

Hospitals have the buying power to make a big difference in local food networks, Feenstra said. "They buy more than $12 billion of food every year." 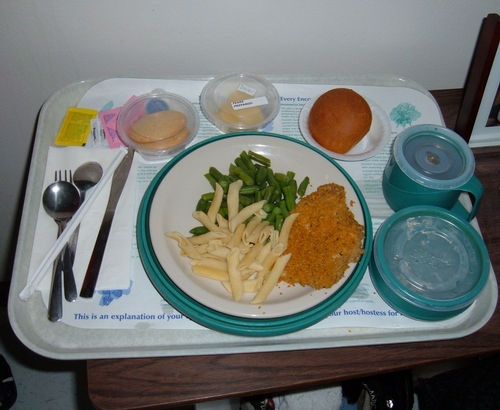