Family farmers and fishermen, California Indian tribes and grass roots environmentalists are  working together to preserve the Sacramento-San Joaquin River Delta and the fish and communities that depend on it for their livelihoods, according to a commentary by Dan Bacher published on Calitics.com.

Calitics is a "progressive online community" that provides individual Californians a platform for discussing state issues and campaigning. Anyone can sign in and contribute to the blog.

Bacher reported on the "Farms & Salmon Summit," held last month in Atwater. During the forum, farmers and fishermen urged political leaders to stop the construction of the peripheral canal, take action to restore salmon, striped bass and other runs, and protect delta and Sacramento Valley agriculture, Bacher wrote. U.S. Representatives in attendence highlighted the importance of keeping the agricultural and fisheries industries healthy.

Ideas and commentary shared at the summit: UC Berkeley emeritus professor Henry Vaux Jr. chaired the panel that reviewed the plan, which has been in the works since 2006, has already cost about $150 million and involved hundreds of meetings among state and federal agencies, water districts and environmental and conservation groups.

"Given the time and expenditure of money, people could have reasonably expected to get a plan that was more complete," Vaux was quoted in the story.

AP reporter Gosia Wozniacka wrote that the panel found it unclear whether the main purpose of the plan was simply to build a canal or pipeline, or whether it is a broader plan that would restore and protect the delta ecosystem and provide a stable water supply.

"If you don't know what it is you want to do, it creates a lot of confusion, because the application of science is different depending on what you want to accomplish," Wozniacka quoted Vaux.

Deputy Secretary of the Interior David Hayes said the review provides useful guidance as the plan continues to be developed.

A perspective piece in the Sunday San Francisco Chronicle wrapped up decades of California water wrangling and pondered a possible end to the state's "water war."

The article centered on the Sacramento-San Joaquin River Delta, which 150 years ago was a marshy estuary with a constant ebb and flow of saltwater from the San Francisco Bay and fresh water from rivers draining the mountains, said the article, written by freelancer Matt Jenkins.

Today, the article said, after 150 years of "spirited remodeling," the area has been transformed into a tangle of waterways with farms and towns on levee-protected islands. Fresh water from the delta is channeled to agricultural fields for irrigation and to urban water users.

Last fall, the Legislature proclaimed two "coequal goals" for the delta: providing a more reliable water supply for the state and protecting, restoring and enhancing the delta ecosystem.

"We've got to get this right," Assemblyman Jared Huffman, D-San Rafael was quoted in the story. "We're not going to have too many more chances to save the estuary."

Jenkins spoke to UC Davis fisheries biologist Bill Bennett, who serves as an adviser to the state Water Resources Control Board on flow criteria. Working with a team of UC Davis researchers, Bennett helped create a conceptual framework for establishing ecologically beneficial flows.

While the Department of Water Resources and water users report uncertainty about the ecological effects of pumping water for ag and human use, Bennett says several things are certain:

"What we're certain about is that delta smelt are at the lowest levels ever. And we're certain that the flows in the estuary don't go the way flows in an estuary should go."
The members of the state board will vote to adopt flow criteria on Aug. 3. 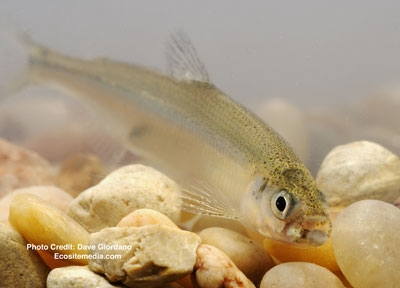 The fate of delta smelt is one issue in California's water wars.

An independent panel appointed by the National Academy of Sciences is working this week at UC Davis to review Delta water allocations, according to yesterday's Sacramento Bee. The activity doesn't directly involve ANR scientists, but the implications for agriculture in California are huge.

Sen. Dianne Feinstein asked for the review in response to requests from San Joaquin Valley farmers, including Stewart Resnick, owner of Paramount Farms, according to the Bee. Resnick's Sept. 4 letter to Feinstein says "sloppy science" contributed to the new water and species protection rules.

Resnick and other farmers have sued and mounted public relations battles to avoid giving up water to help fish, the Bee reported.

Jeffrey Mount, a UC Davis geology professor, believes the academy was asked to get involved simply because "people of great influence" don't like the rules.

"It's not a wise use of the National Academy of Sciences, in my opinion," Mount was quoted in a Bee article published last week. "It will become a sideshow. We are setting a bad precedent that will stretch well beyond the Delta."

Perhaps to emphasize the political nature of the panel's review, Sacramento Bee reporter Matt Weiser pointed out in his story that conservative Democratic Congressman Jim Costa of Fresno was allotted 20 minutes to speak to the panel on Sunday but spoke for an hour. As a result, Mount, a nationally known expert on the Delta, was forced to squeeze his one-hour presentation into 30 minutes.

Costa told the panel the fish protections have harmed his constituents and are based on "flawed science."

Mount said he is concerned the NAS is not the right body to review the federal fish protections. NAS is a science entity, but the rules are somewhat political.

The panel will continue to meet in Davis through Thursday.