The House and Senate have passed the compromise Farm Bill, sending the legislation to the president for his signature.

"What's fascinating about the Farm Bill is, after all that hyper-partisan debate … it's really a lot of the same of what we already had," said Humiston, adding that it includes an increase of $25 million a year for research on specialty crops.

That's good news for California growers because nearly all of California's 400 crops are considered specialty crops in federal parlance and over 50 percent of the nation's fruits and vegetables are grown in California. Those federal grants will cover many areas, from developing climate-resilient farming practices to combating California's many invasive pests, Humiston said.

The Farm Bill removed hemp from the definition of a controlled substance, which will allow it once again be produced for agricultural purposes. This is exciting for UC Cooperative Extension researchers who are interested in helping farmers manage and grow this new crop.

Reauthorization of the Farm Bill is important to UC because it provides critical support for the nation's land-grant institutions, including agricultural research extension and infrastructure programs and nutrition education programs. USDA Secretary Sonny Perdue held a town hall at World Ag Expo in Tulare on Feb. 13 to listen to suggestions for the upcoming Farm Bill. VP Glenda Humiston was among those present for the discussion.

Todd Fitchette of Western Farm Press wrote: “While trade, labor and regulatory issues may top the list of agricultural policy issues Perdue  faces in Washington D.C., Glenda Humiston, Vice President of the University of California Agriculture and Natural Resources Division of the state's Land Grant university, stressed the importance of adequate research funding and federal definitions of rural versus urban, which she said is having detrimental impacts across California on important program funding.

“Humiston said that while UCANR has a ‘proud tradition of research in California,' the university is plagued by reduced budgets at the same time the state is plagued by a new invasive pest every several weeks. She said for the university to stay ahead of these issues and to help growers in these and many other areas, additional funding is vital.

“The United States is losing the battle over agricultural research with China, which spends more in that sector, Humiston says. She continues to trumpet the idea of greater broadband access to rural areas of the state as new agriculture will demand internet upgrades for technology like sensors and driverless spray rigs.”

In private communication, Fitchette mentioned that widespread applause broke out across the audience in response to Humiston's comments.

“If a county has one town that has 50,000 population in it, the entire county is labeled metropolitan for purposes of allocating funding,” Humiston said, wrote Chelsea Shannon of the Hanford Sentinel.

Matthew Sarr of the Porterville Recorder also covered the event.

Now that a half-trillion-dollar Farm Bill has been passed by the U.S. Senate and is headed for the House of Representatives, Madeleine Brand interviewed Dan Sumner, director of the UC Agricultural Issues Center, to get his take on the Senate action. The nearly six-minute interview aired on Southern California Public Radio's Madeleine Brand Show.

Sumner said the Senate's Farm Bill contains substantial changes in the dairy program, the biggest of which is removal of an ancient price support program. The program, in which the government would buy powdered milk, butter or cheese if prices fell below a certain level, has not been implemented in the last two decades.

A new program will probably provide more payments to farmers, but Sumner said the "strings attached" make the provisions unhealthy for the industry in the long run.

"In order to participate, you have to agree cut back your milk production whenever the prices are low by government standards," Sumner said. "What that means, the more efficient, more innovative farms that would like to be growing have to cut back."

He said he expects the House version of the Farm Bill to be "quite different" from the Senate version.

"The speaker and the leadership in the House have been more clear they want substantial budget cuts and, given the nature of the majority in the house, those are more likely to happen on the nutrition side," Sumner said. 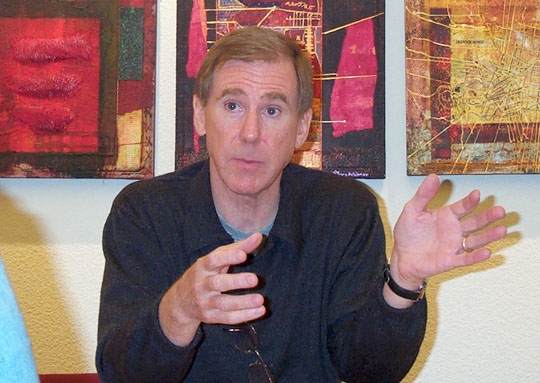 Farm subsidies are not to blame for the obesity crisis

The common notion that the federal government is contributing to the obesity epidemic by providing billions of dollars in annual subsidies to farmers doesn't pencil out, according to UC Davis agricultural economist Julian Alston.

Alston was featured in a six-minute NPR story about farm subsidies yesterday. The story largely dispelled the theory that federal subsidies encourage farmers to grow too much grain, causing commodity prices to drop, making food cheaper and inviting people to eat too much.

Alston said improved agricultural productivity is responsible for cutting the price of food.

"Food productivity is more than doubled, so the real cost is less than half what it was 40 to 50 years ago," he said. "That's the big story. And that wasn't caused by subsidies. That was caused by improvements in productivity on the farm."

"The net effect of the whole set of farm supports is to make food more expensive and actually to discourage obesity," Alston said. When corn prices doubled, the price of corn flakes barely moved.
Margo Wootan of the Center for Science in the Public Interest, another expert who contributed to the story, said the food environment created by America's food manufacturers and marketers has more influence on consumers' waistlines. Food ingredient costs are small compared to the cost of processing, packaging, transportation, marketing and merchandising.
Posted on Friday, August 12, 2011 at 8:00 AM
Comments: 0
Tags: farm bill (5), Julian Alston (7), obesity (21)

The American Enterprise Institute got a great deal of media coverage this week after releasing the organization’s recommendations and detailed background information relating to the reauthorization of the U.S. Farm Bill in 2012.

The institute says that farms and farm households have no more need for federal programs that subsidize incomes and risk-protection strategies than any other businesses or households. Eliminating inefficient and outdated agricultural subsidies in the Farm Bill could save U.S. taxpayers more than $100 billion over the next decade while having little impact on the country’s food supply or its farmers’ viability.

The AEI statements were packaged under a headline describing American farm subsidies as an “American Boondoggle.” One of the articles, titled Picking on the Poor: How US Agricultural Policy Hurts the Developing World, was written by the director of the UC Agricultural Issues Center Dan Sumner.

“In many ways, U.S. agricultural policy is harmful to the global poor. Farm-commodity and related subsidies reduce world prices, especially when prices are already low,” Sumner wrote. “A typical small cotton farm in Africa would have gained more than $100 per year if U.S. programs had not depressed cotton prices.”

This isn’t the first time the American Enterprise Institute has called for farm subsidy cuts, said an article in the Billings Gazette, but with a tight U.S. budget and the number of U.S. citizens with farming-related jobs down to one in 50, AEI officials said they believe they have a good chance of influencing cuts to the 2012 Farm Bill.

Other publications that picked up the story included: 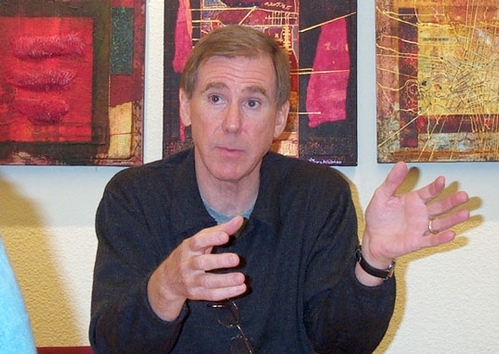