The California Department of Pesticide Regulation has formed a work group to find alternatives to the pesticide chlorpyrifos that will help farmers manage insect pests when a state ban on the chemical goes into effect, reported Kerry Klein on Valley Public Radio.

“This is an important topic,” Haviland said. “Chlorpyrifos has had a lot of benefits to agriculture for many years. At the same time, it does have some negative issues associated with it that were the reason that the product has been proposed to be discontinued.” Chlorpyrifos is a common insecticide used under the trade names Lorsban, Lock-on and generic formulations to control ants, stink bugs, aphids, whiteflies and other pests. UC IPM coordinated a comprehensive report on chlorpyrifos in 2014, commissioned by DPR, outlining critical uses of the pesticide in alfalfa, almonds, citrus and cotton. The report details the insecticide's use patterns as compared to other pest control tactics, such as resistant varieties, mating disruption, field sanitation and other insecticides.

The new work group will develop short-term and five-year action plans to identify safer, more sustainable pest management tools, practices, and alternatives in a wide array of crops. They will seek solutions that are safe for workers, communities and the environment, able to adequately control targeted pests, and cost effective. In addition, the work group will consider the issues of efficacy, soil health and climate change.

The solutions might include combinations of other pesticides to help protect the dozens of crops on which chlorpyrifos is used. Haviland says the group will prioritize the most urgent needs first: “Who's really going to take a hit from the ban, and from there, what is the best way to go forward,” he said.

Catching up on UC Cooperative Extension news over the holidays

The Redding Appeal Democrat reported in December that the ranks of U.S. farmers is dwindling. Said Sutter County almond grower Mat Conant, "Pretty soon we'll be such a small minority nobody will listen to us."

Fewer farmers means there are fewer lawmakers with first-hand knowledge of agricultural production.

"You can go to Washington, D.C., and talk about agriculture, but it doesn't have the same impact if you practically experience it," said Christopher Greer, UC Cooperative Extension director for Yuba and Sutter counties.

Lawmakers, like the people they represent, can be lulled into believing that America will always benefit from food costs significantly lower than in Europe, Greer added.

"Everyone gets a little complacent," Greer said. "We expect food to be available at a fairly reasonable price."

A meeting at the historical society on Jan. 5 began a year-long celebration of three Humboldt County agricultural organizations that are celebrating 100 years of service in the community: the University of California Cooperative Extension, Humboldt County 4-H Clubs and the Humboldt County Farm Bureau.

Speakers at the event, including Yana Valachovic, UCCE director in Humboldt County, were slated to highlight the roles of each of these organizations in working with youth, commodity producers and the community over the last 100 years. Many events and presentations throughout 2013 will celebrate the local agricultural community.

"Chad meets with people during field trips to share the story about sustainable cotton," Goodell said. "He is a great spokesperson for urban folks who don’t understand what’s going on in cotton industry. He represents the cotton industry incredibly well, and the High Cotton Award is a well-deserved honor for Chad."

“This problem threw us for a loop,” Aguiar said. “The bell pepper had a silvering appearance on the fruit exterior. It was not found inside the fruit. It was strictly a cosmetic issue.”

Riverside County is the largest bell pepper producer in California. The Coachella Valley has about 5,000 acres of bell peppers with a farm gate value of about $90 million.

UCCE advisor Richard Smith of Monterey County has found a similar problem in red pepper fields in the Salinas Valley. After testing, Smith’s first guess is the problem could be caused by the fruit rubbing against a branch. There are no holes in the fruit which eliminates the idea of insect damage.

Victor Gibeault, UC Cooperative Extension specialist emeritist in the UC Riverside Department of Botany and Plant Sciences, received the 2013 USGA Green Section Award in recognition for distinguished service to golf through his work with turfgrass.

"I am both pleased and honored to have been selected to receive the USGA Green Section Award," said Dr. Gibeault. "Now retired, I have been fortunate to spend my career as a University of California Cooperative Extension specialist, and in that role, I have worked on turfgrass research issues and educational projects and programs. My activities with the golf course industry have been enjoyable, fruitful, and have given me a sense of personal accomplishment, for which I am grateful." 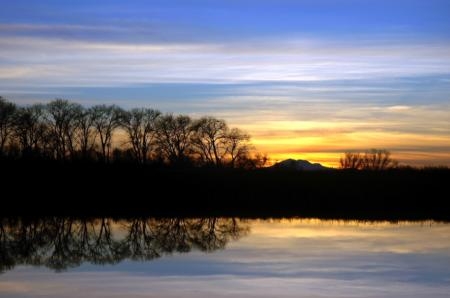 A significant number of articles publicized UCCE activities during the winter break.

It takes a village Effective lygus control 'takes a village.'
UC Cooperative Extension researchers are discovering that, for the best control of a pest like lygus bugs, growers should not view their individual farms as isolated islands, reported Cary Blake in Western Farm Press.

“It takes a village to manage lygus,” says Pete Goodell, UC IPM Cooperative Extension advisor with the UC Statewide IPM Program. “Effective lygus management involves landowners, producers, pest control advisers, those with an expertise in biological and physiological issues, and others. Working together across the local landscape is an effective way to effectively manage lygus to reduce its impact in cotton.”

The article said Goodell and University of Arizona IPM specialist Peter Ellsworth have created a video game that allows producers to collaborate on lygus control. The software predicts lygus outbreaks based on crop placement within a region. Ellsworth and Goodell are seeking funds to get the program into growers' hands.